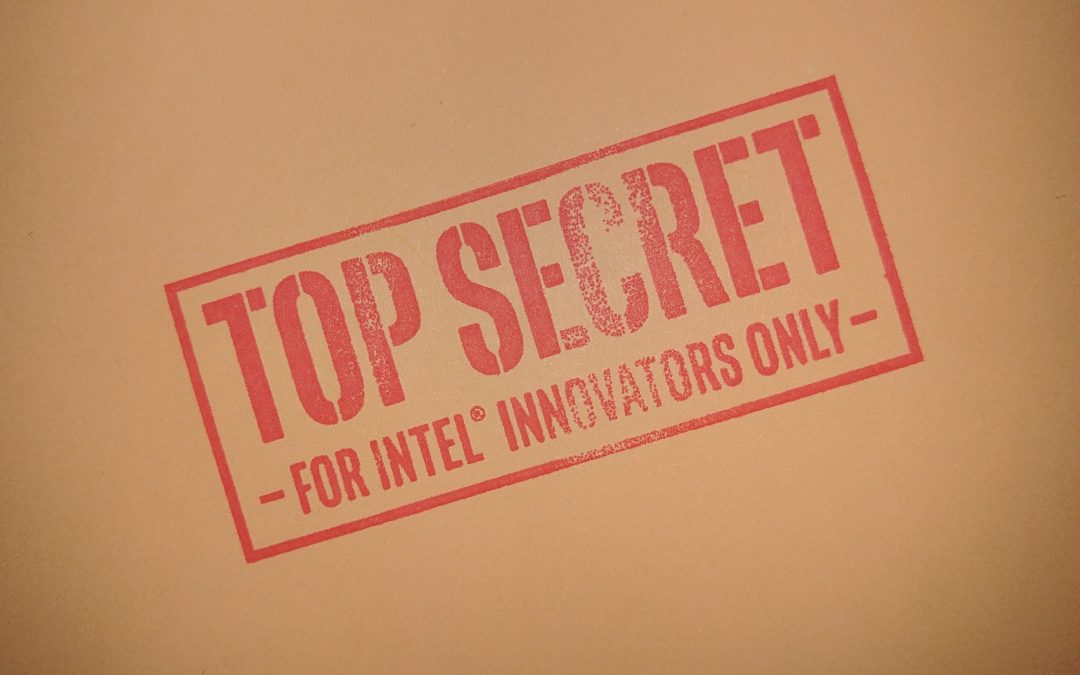 Just yesterday, a package was dropped off at my home by a courier. It was a medium shipping carton from an address that I’ve learned to associate with the Intel Software Innovator Program. I wasn’t actually expecting anything, and the box was unusually large considering the source, so I was quite curious to see what was inside!

Upon opening the cardboard box, I found it contained another, more unusual box, as well as an envelope and certificate. The certificate is shown below.

Nice of them to send this! I will have to get it framed and display it in my office!

The envelope had a stamp on it, which is shown below.

I’m not sure I should even be sharing what was in the envelope! In fact, if you’re not an Intel Software Innovator, please don’t read any further in this post!

Still here? OK, you must be an Intel Software Innovator too. So please don’t share this with anyone who doesn’t know our secret handshake!

How cool is that?? Intel actually went to the trouble of building and publishing a small online video game just for Innovators! And playing the Innovator Scramble game would get me the three digit code to open the unusual box!! (The instructions didn’t include any warning that it might self destruct, and the Innovator Scramble game is available on the public Internet, so hopefully I’m not revealing any super-secret Intel IP by showing a photo of the instructions card!)

The next photo shows a better view of the box, and you can see why it’s unusual.

Quite mysterious and enticing looking, isn’t it? I don’t think I’ve every received a package that contains a locked box before, never mind one that also included instructions on how to play a game to find the code to unlock the box!!

So, are you also curios to know what’s in the box?? Look for my next post in this series to find out!